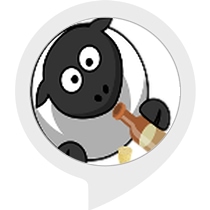 **UPDATED August 2016
DrinkMaster no longer has short term memory! With this update, you now have up to 10 minutes to tell Alexa to have DrinkMaster advance the game.

Due to suggestive content, this Skill is not appropriate for all ages. For Mature Audiences Only.

Let Alexa curate your next party with a series of drinking games. Currently includes “Circle Of Death”, “Never Have I Ever” and “Most Likely”

To start simply say “Alexa Start DrinkMaster” and you will walked through the rest.

Circle Of Death – Circle of death is a drinking game that closely resembles Kings, where players ask Alexa to draw one card per turn and perform actions based on the card drawn.

Never Have I Ever – Never have I ever is a game where Alexa will say things she has never done. Anyone who has done it must take a drink.

Most Likely – Most Likely is a game where Alexa will state a topic. Players then choose someone at the party who qualifies best. That person drinks.