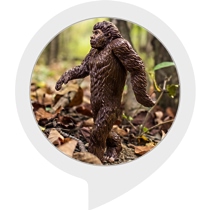 Once you are playing the game, there are two actions to remember:

A direction is always north, south, east, or west. The game will guide you about where open rooms are, but it won’t tell you what are in those rooms. It’s up to you to use deductive reasoning to figure out where the Yeti and other traps are located. Good luck!

You may also say a direction and the hunter will automatically move in that direction. (For some reason, I have trouble moving the hunter “south”. Maybe it’s an issue with my accent. For that case, I say “move south”.)

Full source code and acknowledgements are on the game’s GitHub page:
https://github.com/jcchurch/HuntTheYetiAlexa