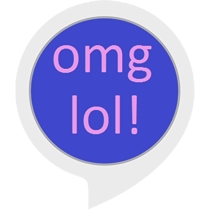 Joke fairy is an unofficial joke search for reddit jokes. Ask joke fairy for a joke about any topic, and it will search several subreddits such as r/dadjokes, r/cleanjokes, and r/jokes for a joke that includes your search term. WARNING: the jokes may contain adult language and content. The joke may be very long or might contain content that isn’t actually a joke, so just say “Alexa, stop” if it goes on too long. It’s all part of the fun, you never know what you’re going to get!

“Alexa ask joke fairy to tell me a joke about russia”

“Alexa ask joke fairy for a joke about pizza party”